Skip Navigation
We are ready to serve you with a free virtual consultation during the COVID-19 outbreak. Click Here for more information.

Home Blog What Is Wrongful Death?

What Is Wrongful Death? 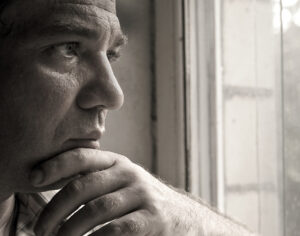 A wrongful death action, often called simply wrongful death, refers to a civil claim for financial compensation made by the family or estate of a person who died from unlawfully inflicted injuries. A variety of unlawful or illegal actions might support wrongful death claims in the United States. From a simple rear-end accident to homicide, families can speak with a wrongful death attorney about seeking justice and compensation for a loved one’s death.

Unlike other torts, the specific elements of a wrongful death action will depend on each case’s facts. Plaintiffs must generally show that one or more defendants unlawfully caused the decedent’s injuries, such as by operating a motor vehicle unsafely or negligently performing surgery, and that these injuries substantially contributed to the decedent’s untimely death.

For example, the spouse of an individual killed in a drunk driving accident must prove that the crash led to the individual’s death, and demonstrate the negligence elements applicable to car accidents:

These elements will differ in cases in which medical malpractice or an assault resulted in death. A plaintiff’s lawyer may help you determine whether you have a claim for wrongful death based on your state’s laws. Such conclusions generally involve asking whether the decedent could have brought a legal claim for personal injuries against the same defendants if the decedent had survived.

The legal cause of action underlying a wrongful death claim dictates liability, evidence gathering, and litigation.

Though not limited to these examples, the following events frequently result in a viable wrongful death case in the United States:

Most states only permit one wrongful death case per deceased individual. As such, nearly every state has laws specifying who may bring wrongful death litigation and in what hierarchical order.

These laws generally adhere to the following priority arrangement:

While only one person or group may legally bring the claim, they do so on behalf of themselves, the deceased’s estate, and those family members the deceased financially supported. Only spouses or family members (blood or adoption) may typically bring and recover damages from a wrongful death lawsuit. Cohabitating partners, fiancés, stepchildren, friends, co-workers, and in-laws do not generally qualify.

Many unlawfully caused deaths also result in criminal prosecutions. Most states allow both criminal trials and wrongful death claims to proceed simultaneously. However, it is not unusual for a court to pause the civil litigation while related criminal charges are pending.

Prosecutors must adhere to the speedy trial deadline after filing criminal charges, so these delays typically only last a few months. Families may usually proceed with wrongful death litigation against liable defendants whether the offenders were imprisoned, acquitted, or never charged with a crime.

Intentional and extremely reckless actions typically distinguish criminal homicide, such as murder, from non-criminal conduct causing death, such as electrocution due to a malfunctioning electrical circuit. Accidents and general negligence resulting in fatal injuries give rise to wrongful death claims but not criminal indictments.

However, the following events often lead to both criminal prosecutions and civil claims for damages:

Each criminal act has a corresponding civil claim, such as negligence, battery, or intentional infliction of emotional distress, which may form the basis of wrongful death litigation.

Comparing the Burden of Proof

Most courts wait for criminal prosecutions to conclude before proceeding with wrongful death litigation since a related criminal conviction typically qualifies family members for civil damages. Prosecutors must prove criminal conduct beyond a reasonable doubt, while civil plaintiffs need only demonstrate that it was highly likely that the same defendant caused a loved one’s death.

Offenders criminally convicted of unlawfully causing a death must typically pay for the family’s direct expenses, including funeral bills, medical costs, and property damage. This payment, called restitution, must come from the defendant’s resources, not an insurance policy. As such, restitution typically covers only bare minimum expenses. Most families must bring a civil lawsuit for wrongful death to obtain more substantial compensation from insurers.

Understanding and Applying the “Slayer Statute”

Whether written into a state’s legal code or recognized by judges, the slayer rule typically states that an individual who unlawfully kills a family member may not bring a wrongful death suit or benefit from such an action. The law presumes that by slaying a loved one, whether in a domestic violence incident or for insurance purposes, the killer forgoes all rights to the decedent’s estate. Courts strike the murderer from the decedent’s will and proceed as if the killer died before the victim.

Importantly, the slayer rule applies even if the killer was never charged with or convicted of a crime. Sometimes families have enough evidence to prove a civil claim for wrongful death but not enough for a murder conviction. For example, children suspicious of a parent’s death might bring an action for wrongful death against a stepparent and use the slayer rule to defend against claims they have no right to proceed with the litigation.

Every state has a different statute of limitations applicable to wrongful death claims, but it typically expires from one to four years after the decedent’s death date. Families may have a smaller window of time to bring wrongful death litigation than general personal injury actions, so they should speak with a qualified wrongful death lawyer about their case as soon as possible. However, certain exceptions can extend this window of time.

Decedents sometimes sustain serious injuries, such as a traumatic brain injury, full-thickness burns, or paralysis, that do not immediately result in death. A loved one may pass away years after a car accident caused the harm that ultimately led to their death.

In such cases, families might still bring an action for wrongful death within the applicable timeframe, even if the statute of limitations for bringing car crash litigation expired. They need only prove that the decedent’s death resulted directly from the injuries sustained in the accident. Special restrictions may also apply to congenital disability cases whereby medical negligence caused a birth injury that contributed to a child’s death years later.

Courts may extend or pause the timeframe for bringing wrongful death litigation if family members contest an executor’s appointment or the legal status of family members in probate court. Fraud, such as concealing evidence of medical malpractice, might also extend the statute of limitations for wrongful death. You should speak with a local legal professional about your options, even if the general litigation timeframe has expired. However, be advised that claimants typically waived future wrongful death claims if they accepted an insurance settlement for underlying personal injury litigation.

Additionally, the law often allows firms to pre-pay litigation expenses, including expert witness fees and discovery costs. If the plaintiff accepts an insurance settlement or receives a jury award, the attorney generally takes their fee off the top, reimburses themselves for expenses, pays off any litigation liens, and then distributes the money to the decedent estate and family members. The exact percentage that families receive will differ depending on state law, expenses, and the attorney-client contract.

If a lawyer cannot recover damages once accepting a wrongful death case, you typically owe nothing in attorney’s fees. Firms take the risk associated with unlawful death litigation by offering free consultations and providing representation without any up-front costs or out-of-pocket expenses. There is little to no risk in confidentially contacting a wrongful death attorney about recovering compensation for a loved one’s untimely passing.