Skip Navigation
We are ready to serve you with a free virtual consultation during the COVID-19 outbreak. Click Here for more information. 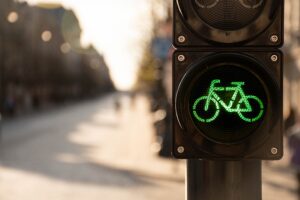 Cycling is a great way to stay fit, save gas money, and protect the environment. However, many motorists do not share your enthusiasm for biking or the road. Motor vehicle collisions and preventable falls are the leading causes of cycling injuries in the United States. These debilitating accidents may prevent you or a loved one from biking and performing simple activities like sitting, dressing, or walking without pain. If a road bike accident left you injured, consider scheduling a free consultation with a local bicycle accident lawyer about recovering needed compensation.

Nearly every state requires motorists to share the road with local cyclists. As cyclists must abide by traffic regulations and any specific laws governing bicycles, drivers must treat cyclists as fellow vehicle operators. Misunderstandings on the part of drivers about cyclists’ rights often lead to serious, if not fatal, failure-to-yield accidents.

For example, a driver may mistakenly believe they have the right of way over a cyclist at a four-way-stop, dangerously tailgate cyclists to intimidate them or to run them off the road, or turn ahead of road cyclists traveling straight in designed bicycle lanes.

Even if the vehicle did not directly impact a cyclist, reckless driving or showmanship could alarm and unbalance the cyclist causing a dangerous fall. Consider consulting a local bicycle accident attorney about your cycling rights if a negligent driver caused or contributed to a road bike accident.

Bicycle rights lawyers look for evidence of vehicle and traffic violations when investigating road bike crashes. If a traffic violation contributed to or caused the cyclist’s injuries, attorneys might invoke a legal principle called negligence per se. A negligence per se finding often entitles cyclists to accelerated judgments during bicycle accident litigation. Riders should consider if a driver violated a standard rule of the road immediately before causing a crash.

Examples of such violations include:

Many jurisdictions punish a combination of two or more statutory violations as reckless driving. Multiple legal violations might even indicate the presence of conduct intended to harass or violate a cyclist’s rights. In such cases, experienced attorneys might request punitive damages.

In addition to accidents caused by negligent drivers, road cyclists commonly fall due to inadequate or dangerous road conditions. Such conditions might include road debris, uneven pavement, construction hazards, and dangerously designed roads and bicycle lanes. These claims could result in cyclists holding municipalities liable for their injuries.

While highway departments cannot immediately remove every piece of debris tossed onto the road, they may bear liability for failing to warn cyclists about open maintenance holes or correct long-standing, dangerous potholes. The state might also owe cyclists damages if civil engineers negligently designed a bike lane or traffic equipment malfunctioned.

In such cases, a local bicycle accident lawyer may file a lawsuit against an allegedly negligent state entity. If you believe dangerous and preventable roadway conditions or designs resulted in a bicycle crash, speak with a bike accident attorney immediately to preserve potential public tort claims.

A bicycle accident attorney may help cyclists hold road bike designers, manufacturers, and sellers liable for accidents caused or worsened by faulty equipment. Products liability lawsuits involve claims that the products did not function as marketed or caused injuries while being used in reasonably foreseeable ways.

Designers rarely, if ever, offer claimants compensation for injuries caused by defective equipment. Instead, attorneys must typically bring litigation against any entity that contributed to or sold the allegedly defective product. Claimants should preserve any broken equipment to protect potential bicycle accident claims, including clip-in shoes, pedals, helmets, broken chains, and cracked frames. If a company offers to fix or replace the equipment in exchange for the defective products, contact a local attorney before sending them back to the seller or manufacturer.

When drivers get into accidents, their vehicles absorb the impact’s primary force. Road cyclists do not have this level of impact protection. Cyclists’ bodies take nearly all of the impact’s force when hit by heavy motor vehicles or crashing into the unforgiving pavement. This lack of protection often results in disabling personal injuries.

Doctors commonly diagnose spiral, compression, traverse, and segmental fractures after serious road bike accidents. When ankles get caught in faulty clip-in pedals during falls, cyclists may suffer from painful spiral fractures. Direct impact fractures to the rider’s ribs or clavicle might occur when a cyclist’s torso slams into the bike’s handlebars.

The spine bears the weight of your body and naturally weakens with age. Any type of impact injury, no matter the angle, could dislodge the delicate discs between your vertebrae. These discs could burst or slip and press against sensitive nerve fibers. Such injuries often require extensive physical therapy, pain management, and surgical intervention.

Forceful impacts, such as direct collisions with high-speed motor vehicles, could result in broken backs and paralysis. Back pain and neck pain are the world’s leading cause of disability and may prevent road cyclists from engaging in their desired lifestyle.

Properly worn helmets protect cyclists from many severe brain injuries, but they cannot prevent all head trauma after a bicycle crash. If a vehicle directly impacts a cyclist’s head, the result could be life-altering brain damage.

Concussions can cause temporary loss of consciousness or more permanent conditions, including:

It may take years to recover from a traumatic brain injury, resulting in unemployment, medical expenses, and personal difficulties. If you or a loved one suffered head trauma in a road bike accident, consider speaking with an experienced bicycle accident lawyer.

Due to the nature of cycling, many riders experience painful knee, shoulder, and related tendon damage after an accident. Tendon damage often prevents essential movement even without a corresponding fracture and may necessitate surgical intervention and rehabilitation.

No matter the rider’s health when the crash occurred, cyclists might recover compensation for any injuries developed or exacerbated by a negligent driver, pedestrian, fellow cyclists, or property owner. It’s essential to seek immediate treatment for your injuries and contact a bicycle accident attorney if you’re likely to miss work, incur substantial medical bills, or sustain irreversible injuries due to another’s reckless or negligent conduct.

Cycling crashes caused by another party’s careless conduct often result in tort claims. Torts refer to civil wrongs, such as actions based on negligence or products liability, that permit injured claimants to recover financial compensation for losses stemming from the unlawful conduct. In bicycle accident cases, these losses often include economic damages, such as medical bills and lost wages, and non-economic damages, including mental anguish and pain.

Injured cyclists should keep documentation of any of the following, as they may recover compensation for these past losses and future anticipated expenses:

Consider conferring with legal, economic, occupational, and medical experts about estimating your anticipated losses before settling claims with liable insurers. Once a case settles, injured cyclists cannot bring additional litigation or request more compensation if they need another surgery.

Calculating the Value of Your Road Bike Crash Claims

No two claims are exactly alike. The claimant’s age, health, job, and overall injuries all affect the value of bike accident litigation. Two cyclists who experience the same injuries may recover different damages, depending on their previously enjoyed activities, remaining work life, and the overall value of their lost wages.

The circumstances of the crash might also affect the value of your claims. Serious collisions, like rear-ending a cyclist at high speed, often result in more significant pain and suffering damages. Further, reckless driving accidents and intentional misconduct against cyclists may support punitive damage awards in addition to direct financial compensation.

Contact an experienced bicycle accident attorney in your area who can help you determine whether you have a viable road bike accident case and the potential value of your claim. Most plaintiffs’ lawyers do not charge consultation fees to discuss your cycling crash and injuries. If a law firm agrees to represent you, they may do so without any upfront or out-of-pocket costs. There’s no risk associated with confidentially running your claim by a local cycling accident attorney.